Do Androids Dream of Electric Sheep? How #ISleepTo Win with Beautyrest Sleeptracker

Disclosure: I have partnered with Life of Dad and Beautyrest for this campaign, but my opinions are my own.

I have more than a passing interest in data, technology/science fiction, and sleep/human performance. And, I recently got the chance to combine my three interests when I got my hands on the Beautyrest Sleeptracker monitor.

Sleep, for parents with an active teen, and careers can be sometimes elusive. Add on to that the pressure of owning your own business and sleep can become even more elusive. But, there are some things my wife and I have learned from our experience with the Beautyrest Sleeptracker monitor.

Do Androids Dream of Electric Sheep?

In the Science-Fiction classic “Do Androids Dream of Electric Sheep,” Philip K. Dick explores a future in a post-apocalyptic world that is run, in part, by androids. The Beautyrest Sleeptracker monitor isn’t anything like the androids in the book. But, I couldn’t help but think that the product’s processor sitting under our bed was collecting data. As an extrapolation of that, I wondered, if the processor dreamed, too? And if it did dream, did it dream in pictures like Google’s image recognition neural network? Or, was the processor’s sole purpose to help us sleep better?

The processor that is the “android/brains” of the system is actually pretty amazing. From a sensor placed between your foundation/box spring and mattress in the location of where your pillow will be on the mattress, it collects all kinds of data on your sleep. Somehow, almost magically, it collects your:

Now, the cool thing is that it calculates and tabulates all this data in the cloud and sends down an analysis to an application installed on your smartphone for you to analyze.

The Benefits We Discovered Using the Beautyrest Sleeptracker Monitor

We each had our own sleep issues (or, so we thought). As for me, I thought that it took a really, really long time to fall asleep and that I didn’t fall deep enough into sleep for dreams. I would joke that I was so busy during the day living out my dreams that there wasn’t any left at night. I found out that both of these assumptions about my sleep were wrong. In fact, very wrong.

How off were my assumptions? Well, for one, on average it takes me only 18 minutes to fall asleep. That’s far faster than I assumed it took me. My guess was nearly 30 minutes or, more.

In the other case, assuming that I didn’t dream? With over an hour of REM sleep, there was plenty of time for my brain to generate some dreams. It’s quite another to remember the dreams you had while sleeping. I admit, on the odd occasion, I do remember my dreams. But, it’s far from a regular thing.

One morning while my wife was checking out her data, she read an article linked from within the app that talked about sleeping in PJs vs. your skivvies. According to the article, you should sleep in our PJs because your body goes through several warm/cool cycles throughout the night and it’s better for you to be covered up for those cool parts of the cycle.

I really like the white noise generator feature of the Sleeptracker mobile app. I have it set to “ocean waves” and it’s a nice way to go off to sleep when we aren’t at the beach.

Overall, the Beautyrest Sleeptracker monitor gave us a much closer look at things that might be keeping us up or, preventing us from getting a better night’s sleep at night. The monitor’s companion app offers easy-to-implement insights to help us make the most of our time asleep.

Check out the Beautyrest Sleeptracker

Unboxing and Setting Up the Beautyrest Sleeptracker

The Sleeptracker is attractively packaged and easy to open. 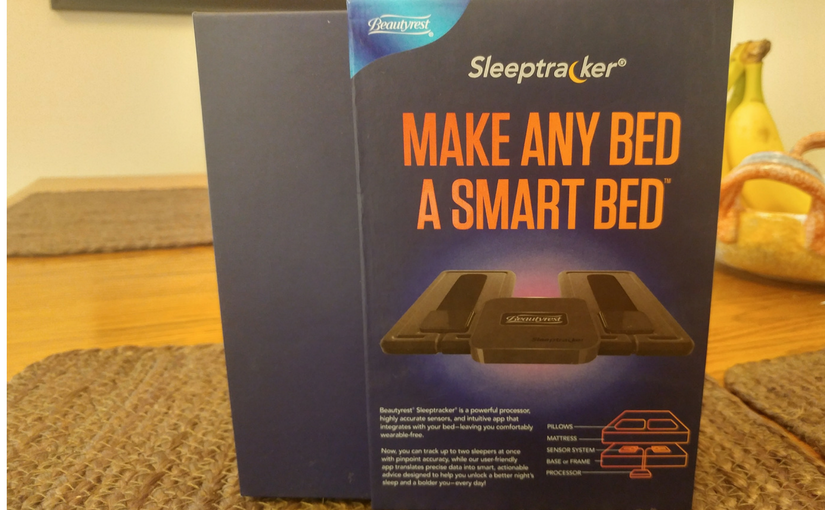 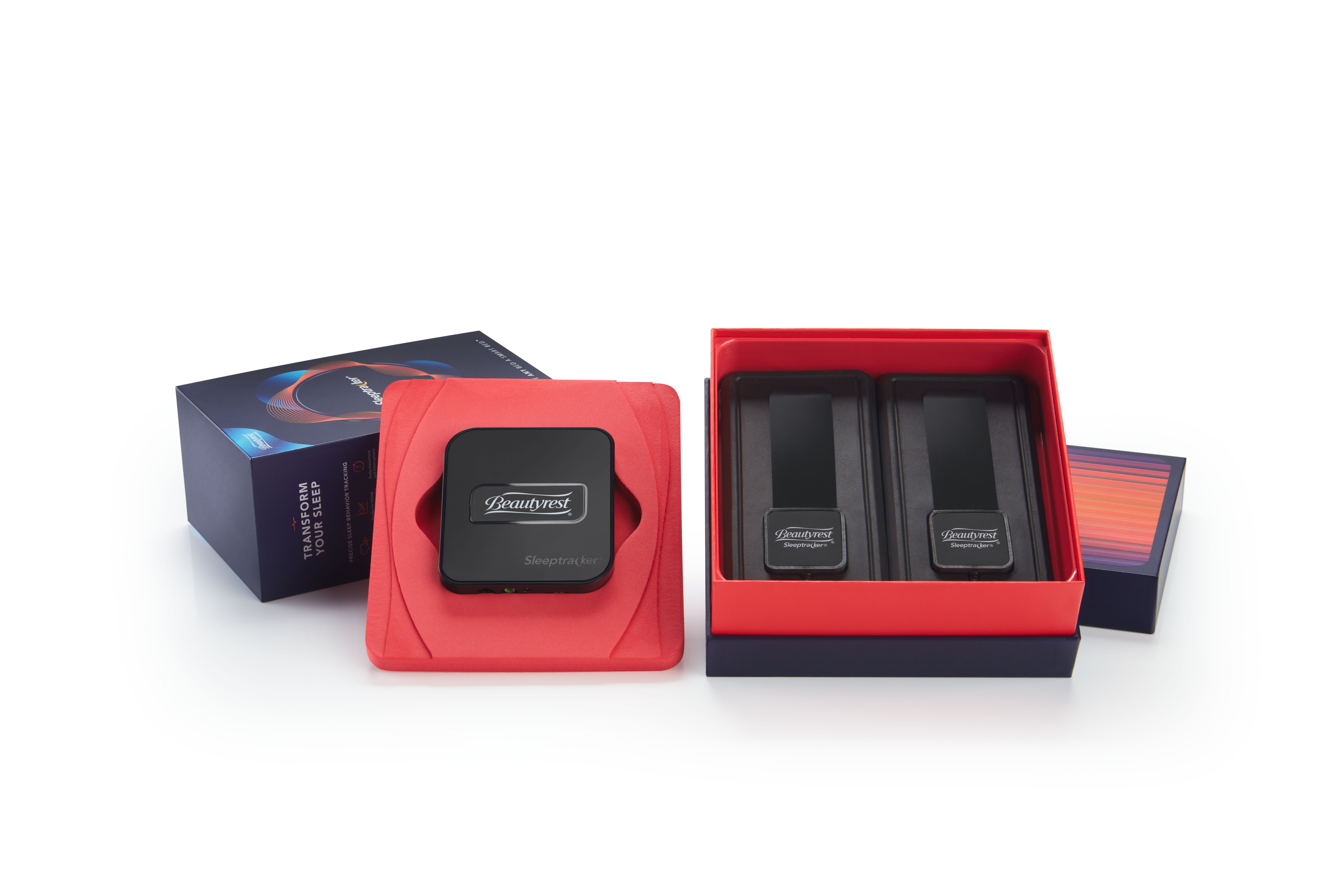 Setting Up the Beautyrest Sleeptracker

Downloading the app was a snap from the app store. 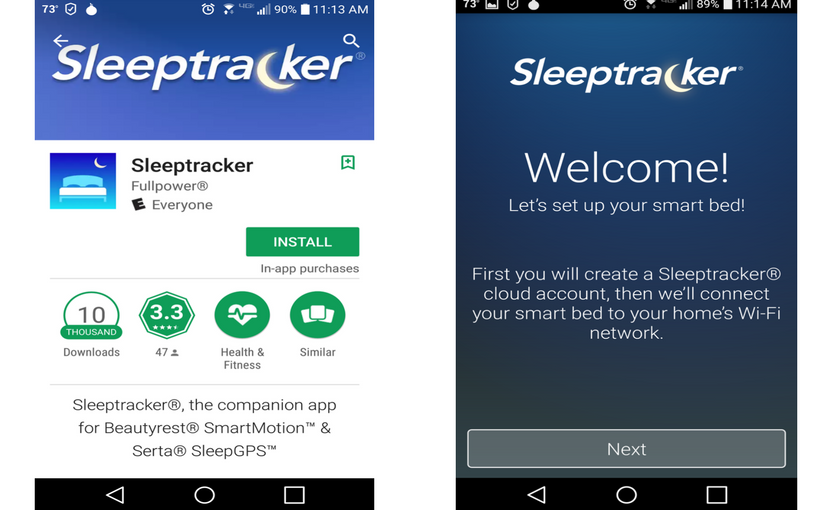 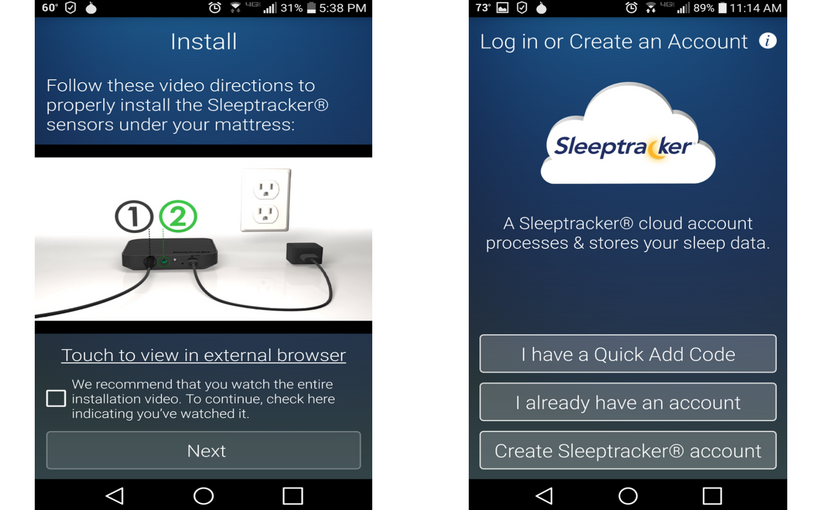 I got the bed and app connected to my wireless network and we were ready to track our sleep. 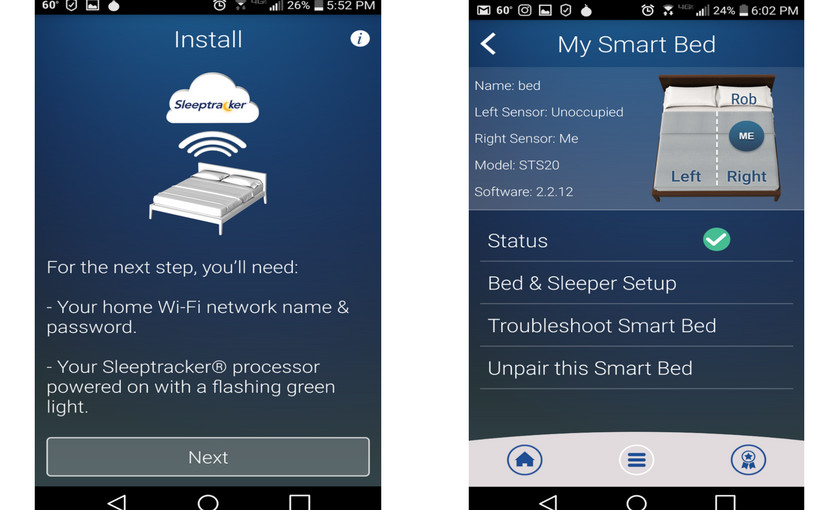 Connect with Beautyrest Sleeptracker on Social and the Web

What are some assumptions you have about sleep that might change if you used the Beautyrest Sleeptracker? Let me know in the comments below. 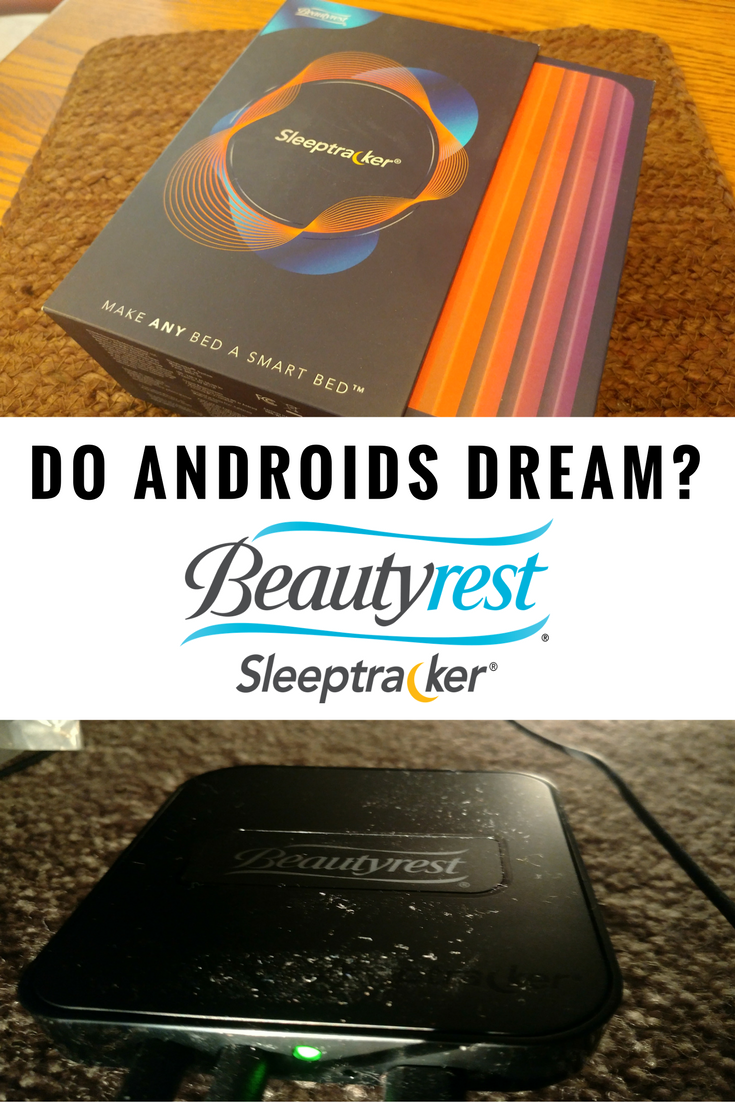