Note: This trip is part of my family’s year of experiences. You can read about our other experiences here.

Our planned vacation to Florida started out with high expectations for relaxation and fun. What happened was mix of great times, relaxation and an unfortunate dose of several horrific events that occurred in Central Florida.

Realizing early on in our planning that there was NO WAY clothing and beach gear for four people (two adults and two teens) was going to fit in the cargo area of my CUV, I decided to buy a “roof bag”. A lot of online searching quickly surfaced bags with horrible reviews and of questionable quality many were from overseas. But, I finally found a roof bag made in the USA with very good reviews.

I finally selected the RoofBag Explorer Waterproof Soft Car Top Carrier 15 cu. ft. model. And it is a heavy duty bag with plenty of room for all our suitcases and some beach chairs. The bag was excellent and performed very well on our roundtrip from NC to FL. There is also a “protective mat” sold but, I found some similar material, actually two rolls of drawer liner that cost less. 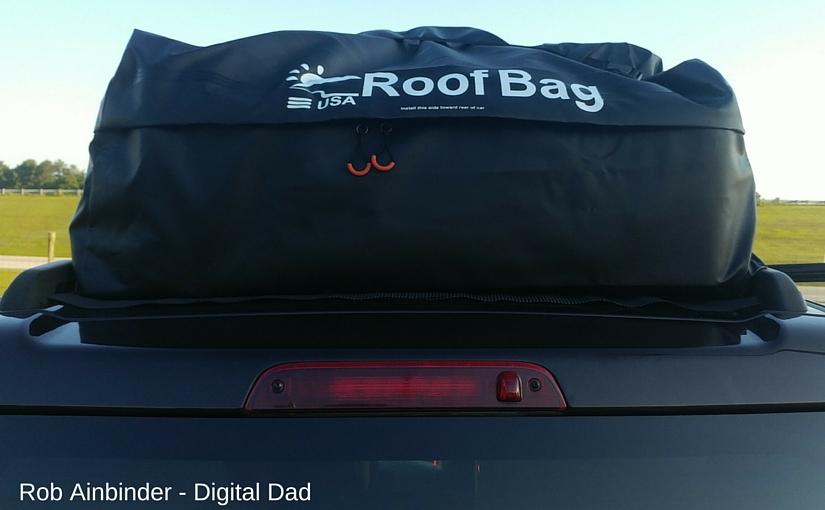 On our first day in Florida we awoke to the most horrific news that we could image while on vacation or, at any other time. A lone gunman killed 49 people at Pulse nightclub the night before. Pulse was just about twenty minutes from where we were staying. We first heard of the shooting from a family friend out of state. Slowly, we learned more about the hateful, gruesome, heinous details.

My wife was following the local news closely and learned that blood donations were needed. She was ready to donate. By the time we had eaten lunch there was such an outpouring of support that reports indicated that capacity was full. The massive outpouring of support from the Orlando community was nothing short of amazing.

With that outpouring of support, we decided to carry on about our day. That seemed like the best thing to do, in the face of all this hate. If it turned out to be an act of terror or, not, we wouldn’t let it keep us inside away from our planned activites. We were not constantly glued to the TV, but got a few of the statements from officials on the scene from local TV news.

As a dad my biggest job is to protect my family, not shield them. So, as we headed out, I asked the girls to keep their eyes peeled. Not to make them fearful, but to create situational awareness. If nothing else, that awareness might give us the extra few seconds needed to get out of harm’s way if we became involved in our own tragic event. I learned later that my daughter’s friend had received a similar warning from her parents via text before we ever headed out for the day. A sad day for Orlando. 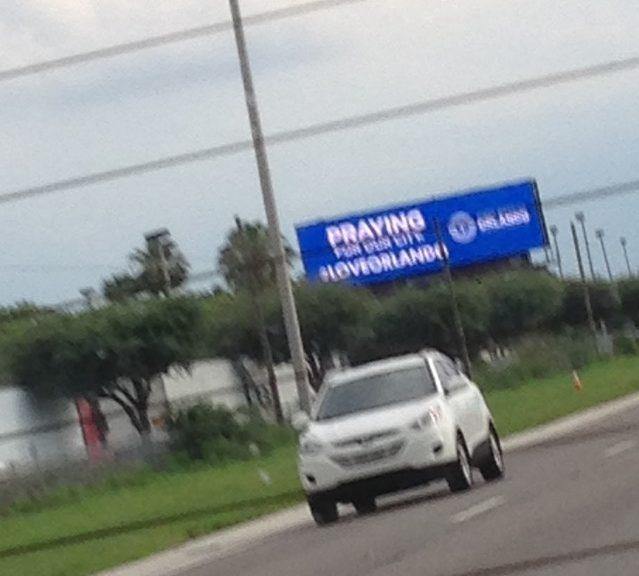 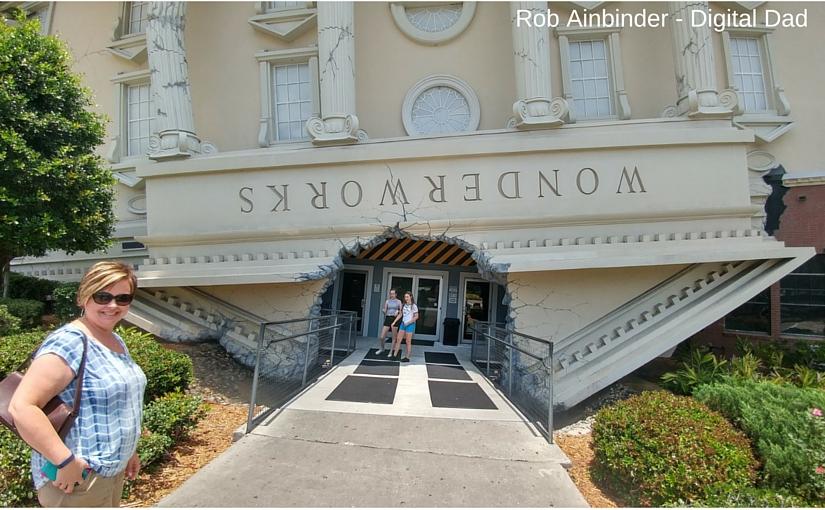 Wonderworks was a completely upside down building with lots to do. 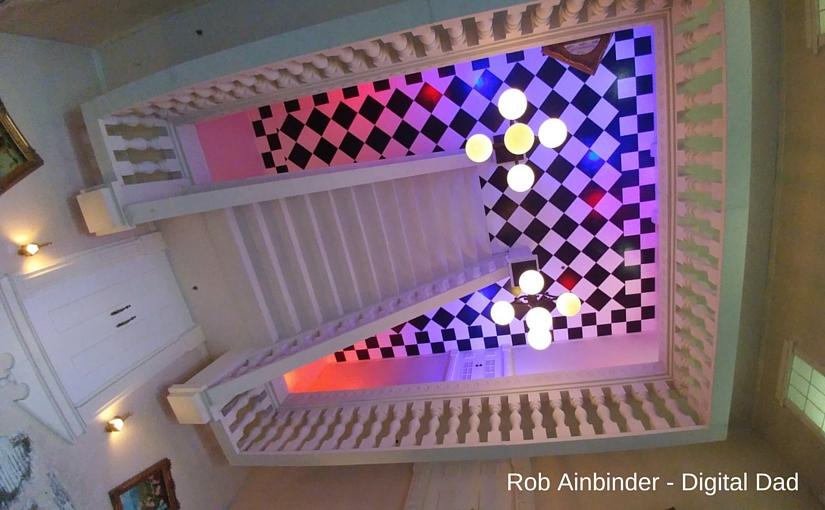 After the fun of Wonderworks, we stopped in at Chuy’s on International Drive. 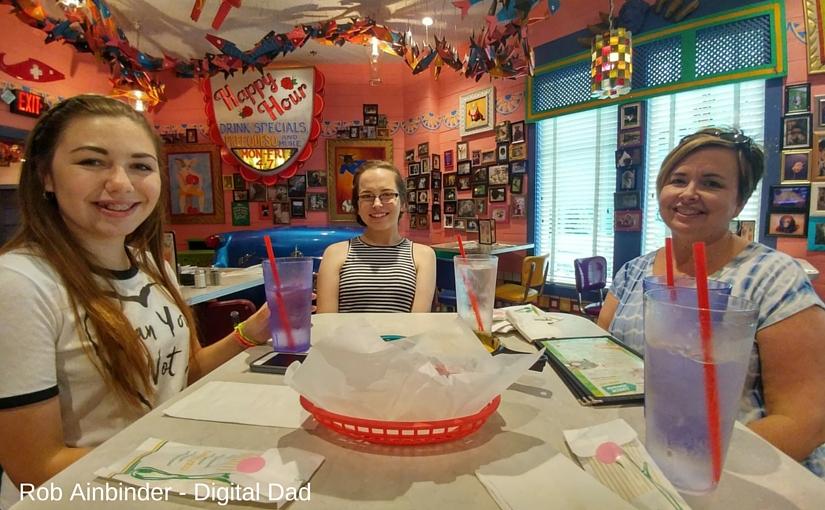 A few appetizers and some drinks and general good time. Great service from our waiter and the food was good as well. I was curious what the impact of the previous night was on the staff. Our waiter explained that the crew at Chuy’s were a tight group and shared in the event. On a more personal note our waiter shared with us that he had a friend who went to Pulse and he had not heard from him. This was the sobering reality that hung over our time in Orlando.

After a few days in Orlando, we drove the 2016 Mitsubishi Outlander SEL on loan to us, out to Melbourne Beach. Melbourne Beach has long been a favorite of ours. Well away from the lights and attractions of Orlando/Kissimmee and just far enough away from the more popular Cocoa Beach/ Port Canaveral. Melbourne Beach is as close to an unspoiled Florida beachside paradise within a full day’s drive from our home in North Carolina.

We’ve visited the Melbourne area a few times as Central Florida residents. Years later, we visited the area from North Carolina. And this time would be our longest stay in the area. We were really looking forward to it

We stayed the week at the Sea View Inn Motel. It’s like stepping back in time but, we had a great time unwinding, exploring and relaxing 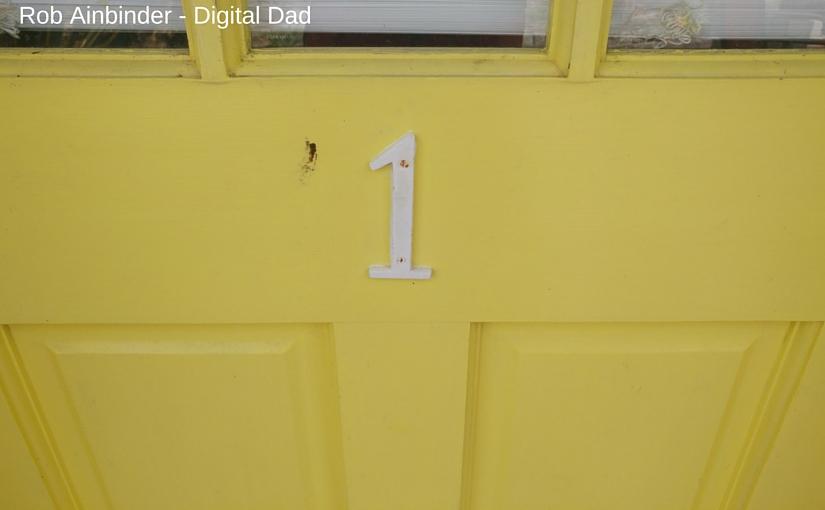 Unit 1 The Hawksbill Suite would be our home away from home for the week. 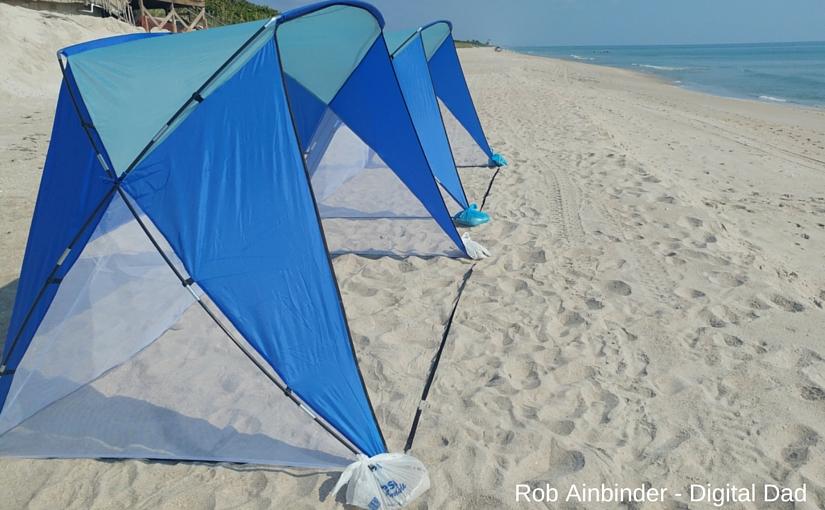 Setting up for a day at the beach we scored a few canopies. We’d read the advice on using grocery bags to weigh down. But, we will need some heavier duty sand anchors next time. The winds pick up in the afternoon and the grocery bags weren’t quite enough weight.

It is turtle nesting season so, lots of evidence of turtles laying their eggs. And lots of helpful reminders to us to keep the lights off and/or drapes/blinds closed at night. 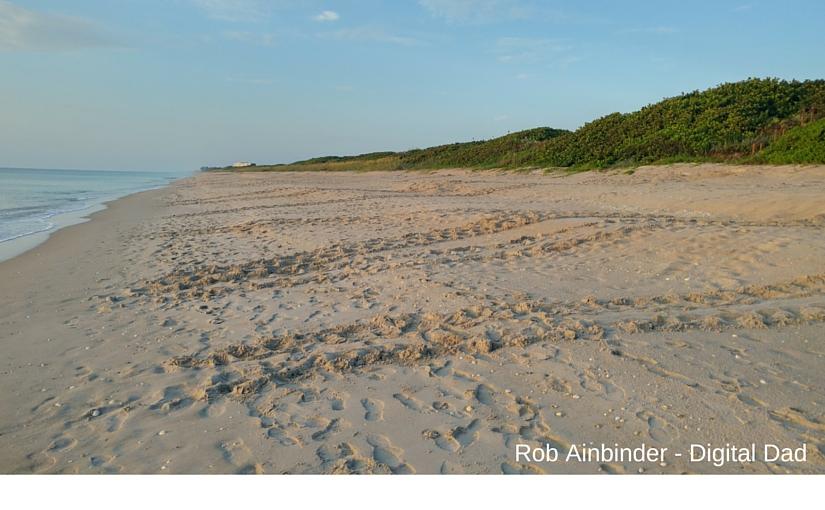 The view and the unspoiled beach was simply stunning. And the girls kept themselves busy with sun, the ocean and their internet. 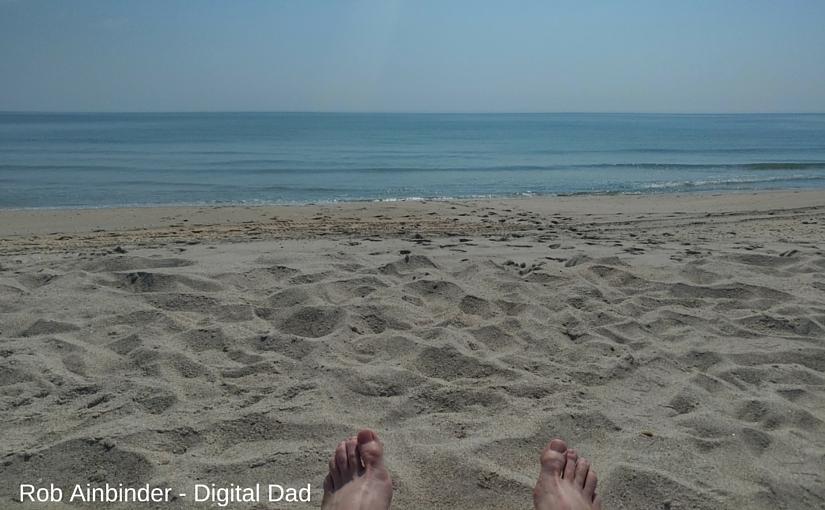 We switched to beach umbrellas, provided by the motel, after the first day. 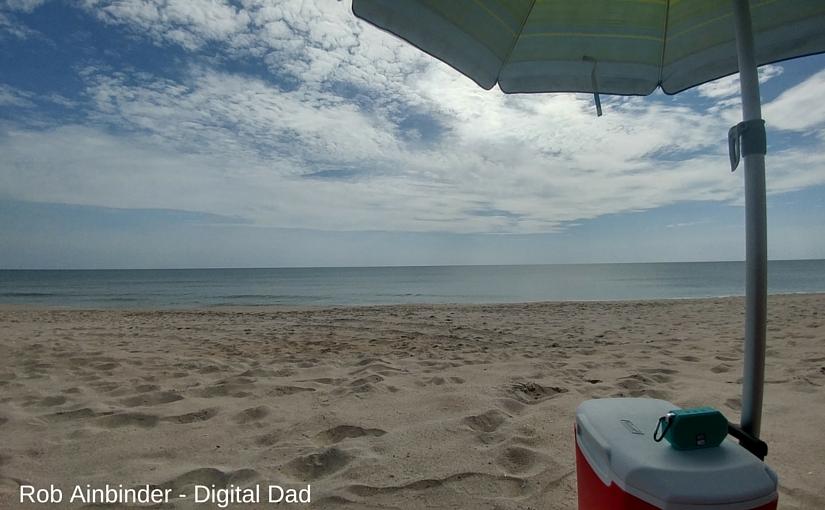 And what’s a stay in Melbourne without visiting your Aunt & Uncle?

This couple rocks and we loved the chance to have dinner and catch up. They had just gotten back from a month long trip in Europe with lots to share. This is their view from their deck on the river. 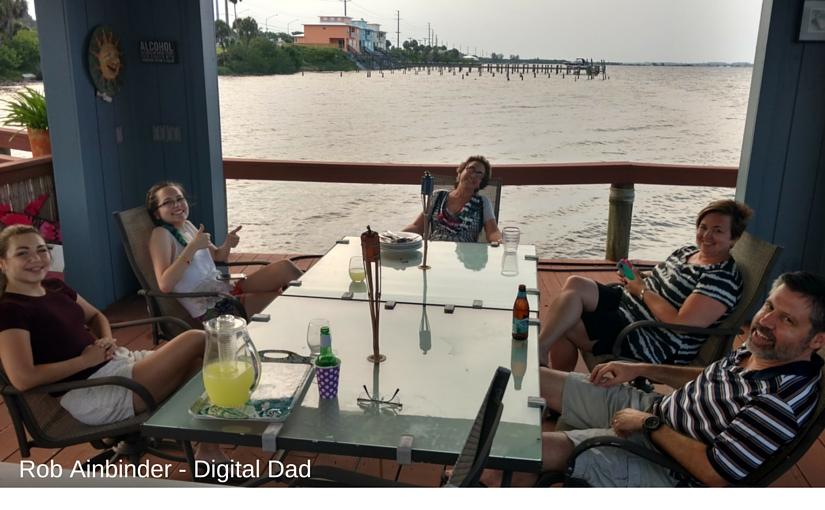 As our time in Melbourne Beach was winding down we headed up the coast to Cocoa Beach to do some shopping at Ron Jon Surf shop Cocoa Beach (and be sure to visit their site before you go, we missed a coupon!). We also did some exploring by (rented) beach bike.

After some time shopping we rented some bikes. We first tried to rent bikes from another place we found online, but they were closed. So we decided to rent from Ron Jon  Beach Rentals located conveniently next door to the surf shop. And you know, it was no more expensive than renting from the place we planned initially!

Setting off on our bikes we made our way down Ocean Beach Lane’s bike lanes and happened upon Cocoa Beach Pier. It was pretty hot that day with temps in the 90s so, we pulled in for some drinks. 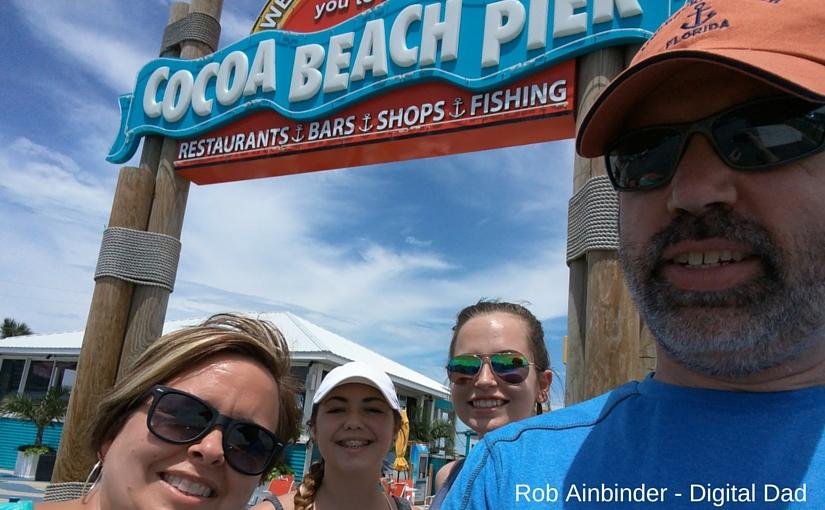 Continuing on we biked a little while longer until we reached a public beach access point to check out Cocoa Beach. 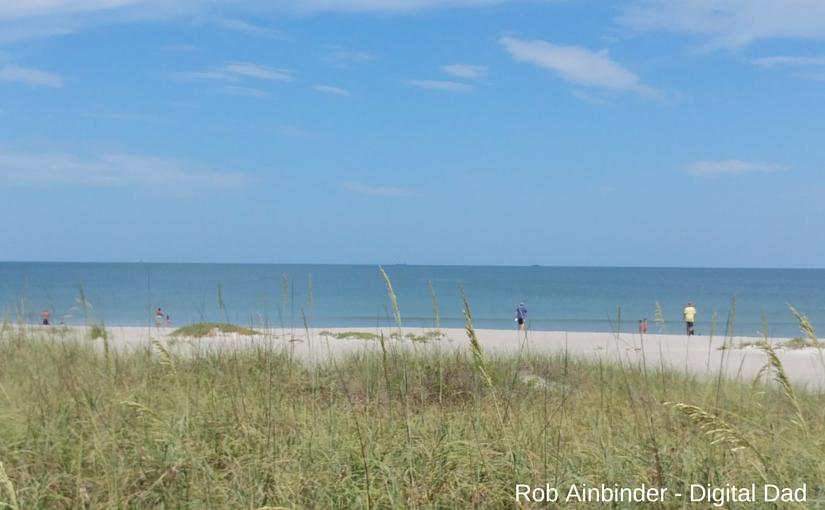 The sand, sunshine, sights and sounds left us with incredible memories. We’ll definitely be back to make some more memories in the future.

PrevPrevious2016 Mitsubishi Outlander SEL Review : Digital Dad #DriveMitsubishi
Next5 Things Not to Say to Parents of an Only ChildNext