My Mind and My Wife’s Postpartum Depression

Like clockwork, every day at sundown my Wife would cry inconsolably for 30 minutes or more. I would try to comfort her but, that didn’t help. Invariably when this was happening our daughter starting crying, in need of a feeding so, I obliged. When my Wife was done crying, she was done. It was like a hose bib that was on full blast and suddenly it was closed. There wasn’t any more crying until the next day – and the next day, at the same time. This started getting concerning. My wife had never acted like this before. Was she depressed, lithium imbalanced, or missing some essential mineral?

We called the doctor and they said watch it, it’s most likely postpartum depression. If symptoms worsened we were instructed to call the office again or, visit the ER. Watch it? Visit the ER? How serious could this get, exactly? Could this really get worse? 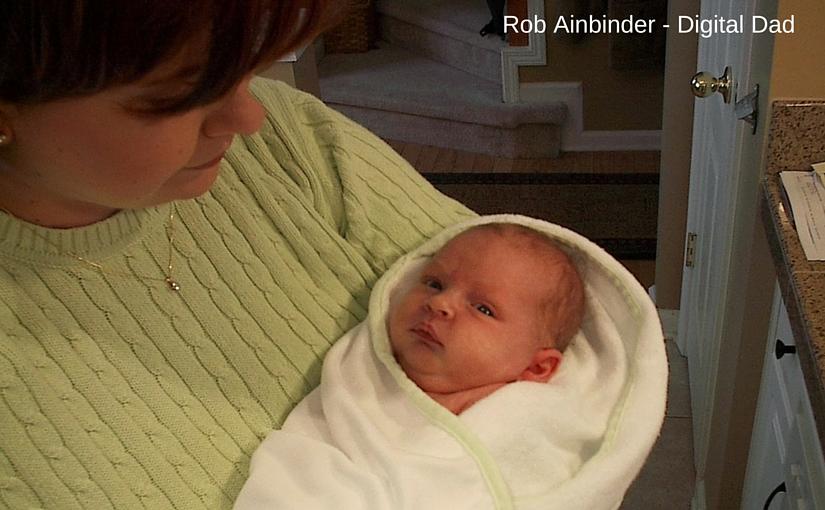 This pattern of sobbing and crying at sundown continued for a week. But, the postpartum depression wasn’t getting worse. It was staying the same and it still bothered me, a lot.

When would this end? Would it end? I wasn’t totally sure. On the plus side, it was beginning to look like I wouldn’t suffer a premature end to my mortality at the hands of a postpartum deranged new mother. For that much I was grateful. But still, when was this going to end? I was beginning to think she might not come out of it.

This was really horrible. To see the woman I fell in love with debilitated by hormonal factors beyond my (and her) control.  Make no mistake, I supported her and comforted every evening. She didn’t deserve this at all.  The fact remained, it was still beyond my control and I could do so little about it. By now, I was pretty sure she wasn’t the murdering kind of postpartum, lucky for me.

We entered week two and the same gut wrenching pattern persisted. Every day at sundown, it would play out the same. One moment she would be okay. The next, my Wife became an inconsolable heap of emotion curled up on the couch. The only saving grace was that week two wasn’t any worse than week one.

Just when I thought my Wife’s postpartum depression might not end, something strange happened at the end of week two.  When sundown came there was no more crying, no inconsolable heap of emotion. Nothing. As odd as I thought it was when it had started, she miraculously returned to her regular self. I was grateful but, still mystified.  I came to two conclusions: First, postpartum depression is serious business and should be monitored by both partners. Second, when you are pregnant or, have just become a parent, you should absolutely be ready for some wacky stuff to happen.

Note: This is part of an occasional series of posts reflecting on raising our daughter.

What were your experiences with postpartum depression? Leave a comment and let’s chat below.

RELATED  Planning to Die to Go On Living